About Jimmy B - the singing sailor sings sinatra

The Singing Sailor, CDR Jimmy B is originally from South Jersey. His grandfather was a saloon singer in Philadelphia and would perform at many family functions and weddings. The Singing Sailor was amazed by his songs and one artist in particular - "The Chairman of the Board". At the tender age of 3, he used 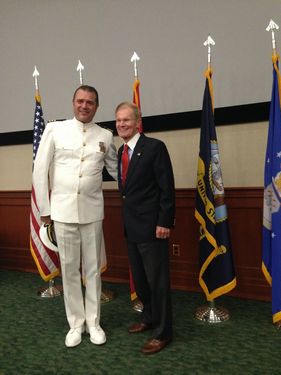 to walk around the house singing "That's Life"!

In July, 1992, he was Commissioned an Ensign in the US Navy Reserves. He served 21 years in the Navy Reserves including a Tour as Commanding Officer, two Executive Officer Tours and a one year Presidential recall to Guantanamo Bay post 911.

During his Navy travels which included La Madellana, Italy, Brest, France, Bahrain, London, Rockhampton & Brisbane, Australia and Cuba, he had the opportunity to Sing at local venues and picked up the nickname "The Singing Sailor" from his shipmates.

In recent years he has focused on bringing back the magic of the music from the "Original" Jersey Boy....Frank Sinatra and has expanded his Jersey Boy music to include Frankie Valli, Bobby Darrin, Tom Jones and Rat Packer Dean Martin.

He has performed at many private functions and prominent venues in Palm Beach including the Beach Club, Mara Lago, The Sailfish Club and many Country Clubs in Palm Beach County. He had a 2 year gig at Frankie & Johnnies in Ft. Lauderdale thanks to a referral from Heny Hill (Mr. Goodfellas). He recently took his talents to our Nation’s oldest city, St. Augustine for a “Soldout” show! He has been a mainstay for the Palm Beach Navy Ball, performing at the Ball every year since 2007. His talents were recently endorsed by Rush Limbaugh on his nationwide radio show, Henry Hill "His favorite Sinatra guy", Harold Davidson (Frank's Manager) and his songs featured on Dick Robinson's American Standard's by the Sea, nationwide radio program. He is known as the Singing Sailor who Sings Sinatra.

He attended Rutgers University Camden Campus and was frontman to a few Southern Rock and Big Hair Rock Bands during college. His bands primary performance venue was the Galaxy in Somerdale, NJ, the same club that launched Big Hair bands Bon Jovi and Cinderella. During college he interned at WCAU Philadelphia and worked P/T at WMMR (for the John DeBella show), the leading Rock radio station in Philadelphia. He also served as an on-air DJ at WRCB and 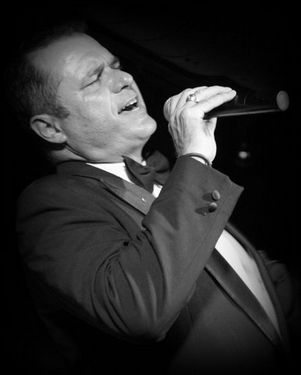 While in "GTMO", he served as a Public Affairs Officer (PAO), Hometown News Coordinator, Adjunct Professor at City Colleges of Chicago, Radio Host on "Fish Tailz" and the GTMO "Go" (Gentleman & Officer) show at the GTMO Naval Media Center. He also had the good fortune of engaging Jimmy Buffett for a weekend of fishing and a morale booster concert for the troops of GTMO on December 7, 2002. He also founded GTMO's first fishing club the "GAF"...GTMO Association of Fisherman and was an active member of "Reef Raiders" Dive Club.

He has also had some cameo acting appearances featured in "GI Jane" with Demi Moore, role of a Navy Lieutenant, and the NBC made for TV movie "Sudden Terror", role of Dade County Sheriff's Deputy.

His band, "The Caribbean Cowboys" has recorded a number of original Dittys including "The Chica Song" featured on I-Tunes & CD Baby.

Upon his retirement as a Commander from the Navy, celebrated aboard the USS New Jersey, he focused his future adventures on Singing & Treasure hunting the infamous 1715 Spanish Galleon Fleet off the coast of Florida...with legendary Treasure hunter Capt. Carl "Fizz" Fismer.

He is currently penning his memoirs on his year long adventure in GTMO titled "The Real Meal". 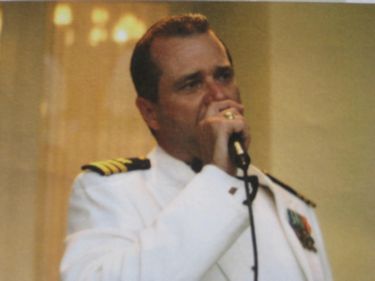